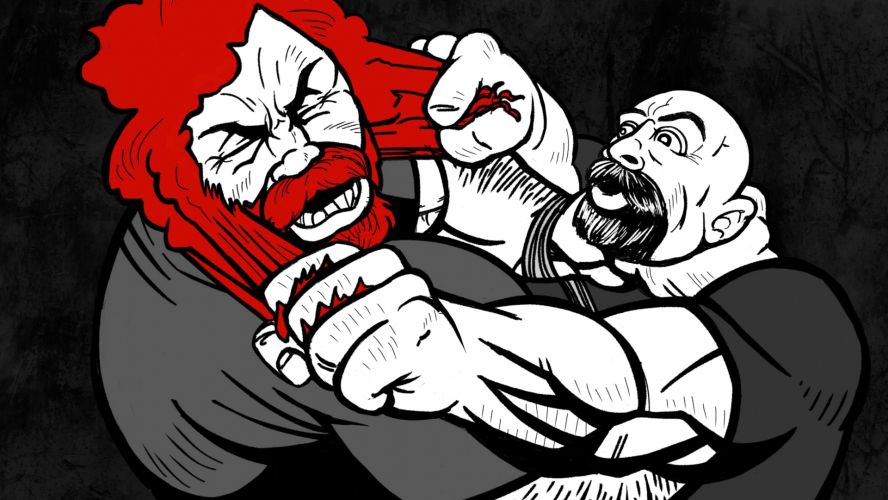 Westside vs. The World

Recently Sanczel Designs had the honor of providing animation for the documentary 'Westside vs. The World' which tells the unbelievable story of the world famous Westside Barbell Club in Columbus Ohio, along with it's founder, the legendary Louie Simmons.

With many of the events in the movie taking place in the 70's and 80's, there wasn't much footage available to accompany the stories told by the people in the film. Since the subjects of these stories were large powerlifters, there were no actors available with the physical features necessary to shoot B-roll footage. With the film's screening fast approaching, a solution had to be found...

The decision was made by the producer of the documentary to use animation for parts of the film where visuals were needed. Since time was an issue, the animation had to be kept simple by adding motion to static 2D drawings in order to give an animated feel.

We immediately began work on animating the scenes from the film. Elements were sent to Sanczel Designs in batches by the producer with reference photos, a storyboard, and a brief explanation of what the scenes were about. It was the duty of Sanczel Designs to first develop a "look" for the animation that would match the theme of the movie. Old-school powerlifting is a gritty sport, so the animation was done in that same gritty feel, using a color palette of black, white and shades of grey, with red for highlights.

Once the style was established, it was our duty to draw the scenes in 4k ultra definiton. This was done on an iPad and then uploaded to Adobe Photoshop to apply any finishing effects that were needed. Once the static image was approved, the image was taken into Adobe After Effects where the animation was added.

With the screening date already set for the film, there was a tight deadline for when the work had to be done. We are happy to report that Sanczel Designs was able to finish all of the work before the deadline given. The video below shows a few of the clips that we were able to contribute to this great Westside Barbell documentary (currently playing in select cities).